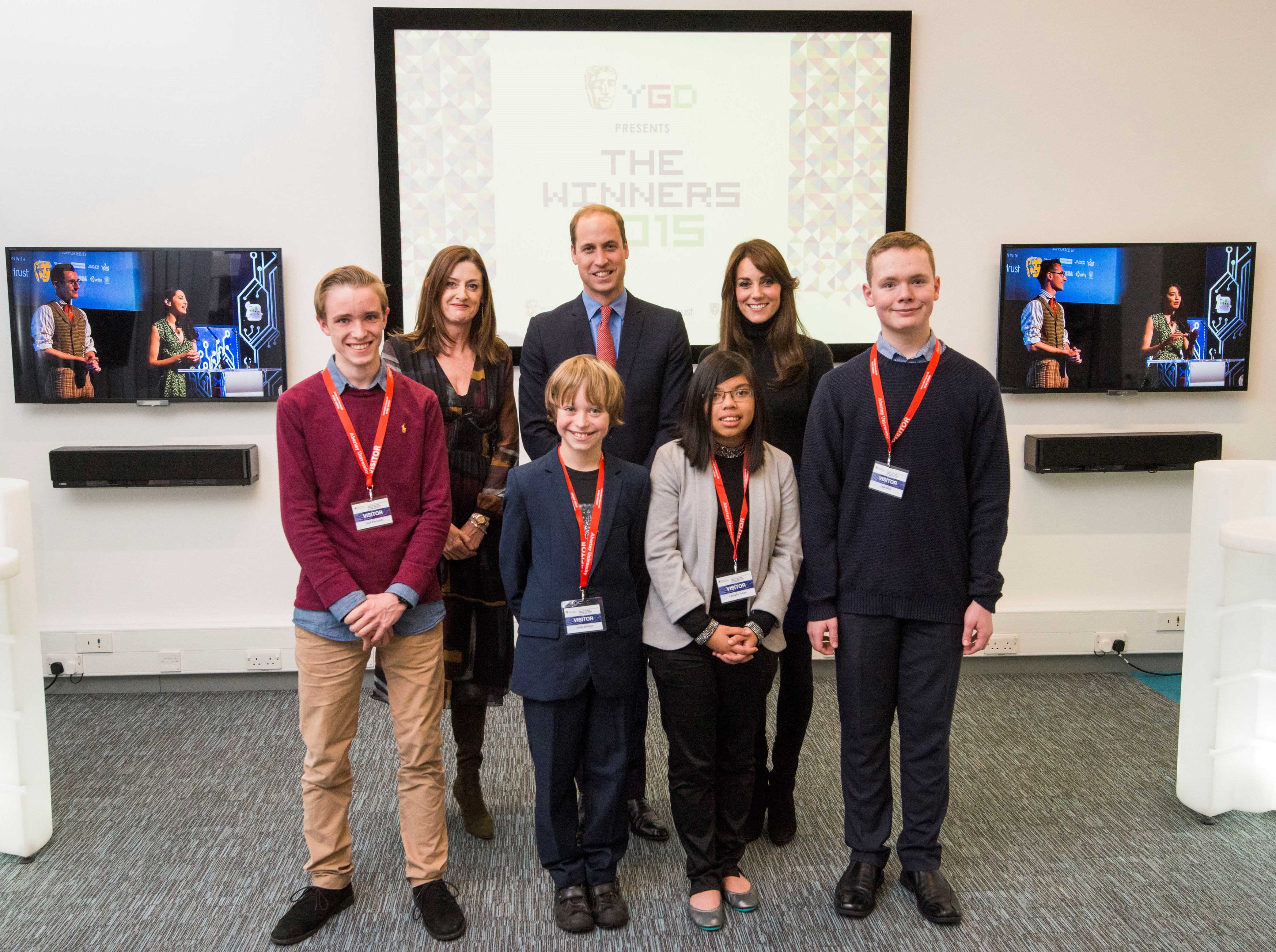 It has been a whirlwind few months for Year 13 student Jack after winning his YGD BAFTA. As part of his prize for winning the award he received the opportunity to tour some of the country’s leading digital studios and Abertay University, where he met with Prince William and Kate Middleton.

Jack Mills, a Year 13 student at The Studio, won his BAFTA Young Game Designers award for creating a fully-playable platform game called ‘Utopia of Rhythm’ as part of a project at the specialist creative media and game development school in Liverpool’s creative Baltic Triangle district.

Following the awards ceremony in London, Jack embarked upon a tour of some of the country’s leading digital and creative studios. At Abertay University he met with Prince William, who is also the president of BAFTA, and Kate Middleton, the Duchess of Cambridge. The two Royals tried out his game, with Kate commenting that the game was challenging but thoroughly enjoyable.

The visit to Abertay allowed Jack to explore his chosen career path further. He said:

“The past few months have been life-changing, and I’ve had some wonderful opportunities to see my dream industry from the inside. After everything that’s happened in the wake of winning the award, I’ve got some clear direction for my future.

“As well as the visit to Abertay to meet the Duke and Duchess of Cambridge, a highlight for me was getting to see inside Google’s London Victoria office. The space was so imaginative, and everyone was so friendly. Some of the gaming projects they’re working on are really exciting and I’d love to take the skills I’ve developed at The Studio and see how I can use them in innovative, forward-thinking projects.

“I’m grateful to the Studio for giving me the necessary skills to submit my game to the YGD BAFTA competition and for encouraging me every step of the way.’’