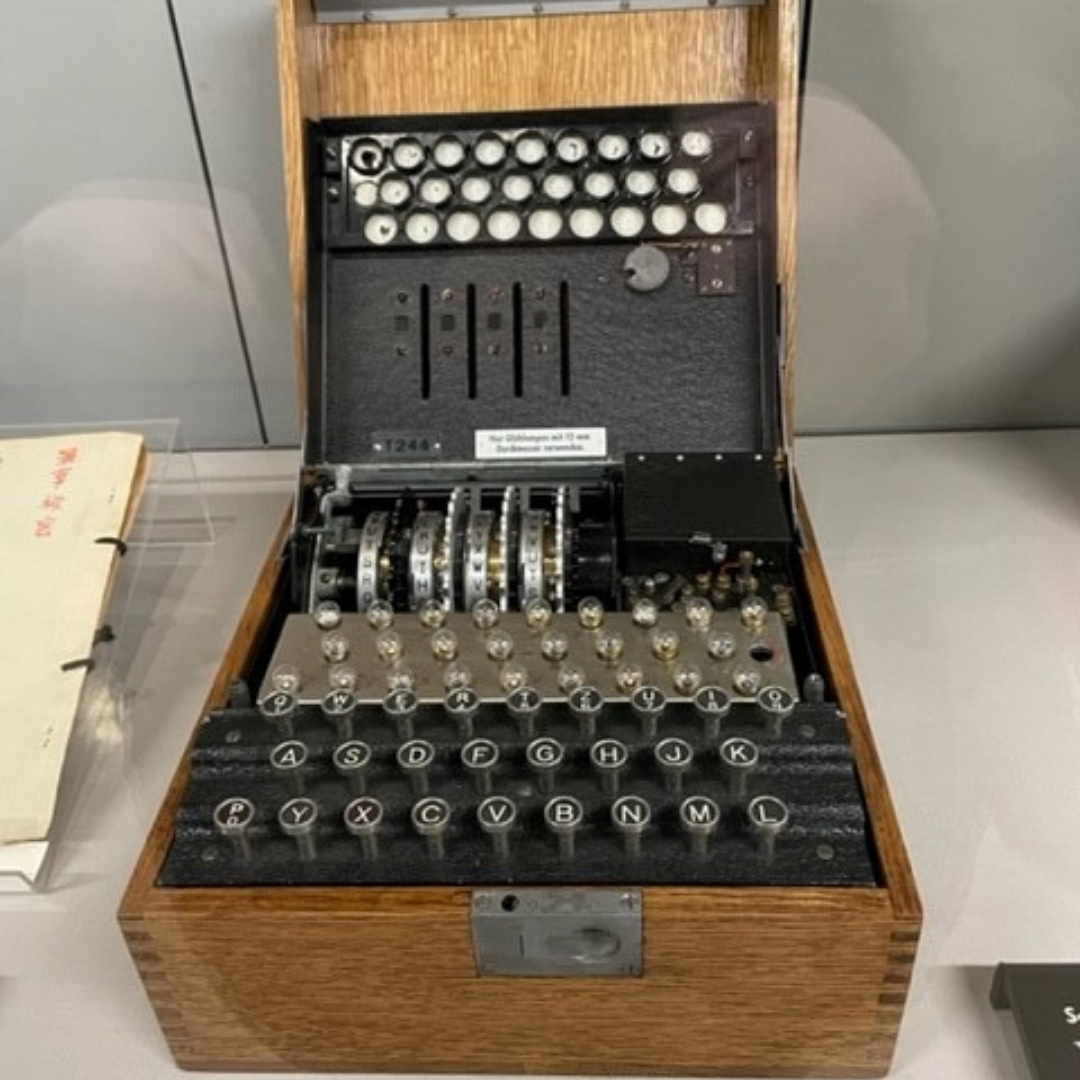 At an unreasonable time on Thursday morning, a group of Year 12 students boarded a coach to London. This is one of the first big adventures we have been able to enjoy since the pandemic changed our ways and it was wonderful to be able to head off to explore some pastures new. The group divided at our first stop, Bletchley Park.

Bletchley Park is a country house in Milton Keynes that became the principal centre of Allied code-breaking during the Second World War. During World War II, the estate housed the Government Code and Cypher School (GC&CS), which regularly penetrated the secret communications of the Axis Powers – most importantly the German Enigma and Lorenz ciphers. The GC&CS team of codebreakers included Alan Turing, Gordon Welchman, Hugh Alexander, Bill Tutte, and Stuart Milner-Barry. The team at Bletchley Park devised automatic machinery to help with decryption, culminating in the development of Colossus, the world’s first programmable digital electronic computer. Students had the opportunity to test their brains in cracking codes and explored the beautiful site to learn about its role in the World Wars and the development of modern computing.

The rest of the group travelled on to London to Centre of the Cell, a science education centre based at Queen Mary, University of London. It is the first science education centre in the world to be located within working biomedical research laboratories. Students had the opportunity to learn about the world of cells, the human body and the latest medical research through curriculum-linked interactive games grounded in cell biology and the research happening in the labs below and around the world. Many of the games were based on research from Queen Mary’s scientists, and featured them describing their work. The show also involved films projected onto the ceiling of STEM Pod, which introduced the concepts of cell biology and medical research.

After dinner in Covent Garden, we journeyed back to our hotel for the night.

On Friday, we headed over to the Science Museum in South Kensington. There were some incredible exhibitions and something to interest students of all specialisms. We had the opportunity to explore a five-gallery medical exhibition which spans ancient history to modern times, the Clockmakers Museum, the world’s oldest clock and watch museum which was originally assembled by the Worshipful Company of Clockmakers in London’s Guildhall. The Winton Gallery examined the role that mathematicians have had in building our modern world. The Information Age gallery had exhibits covering the development of communications and computing over the last two centuries. It explores the six networks that have transformed global communications: The Cable, The Telephone Exchange, Broadcast, The Constellation, The Cell and The Web. We genuinely could have spent all day learning.

We then travelled by coach to the East End of London for a Jack the Ripper walking tour. This was a fascinating, if not gruesome way to spend the rest of our final day. We visited key locations and crime scenes and heard about the grim reality of life in the East End of Victorian London.

We then hopped back on our coach for a well-deserved rest, and a rather long drive back up the motorway to Liverpool. Students had a wonderful time and were wonderful ambassadors to both the schools and their families. Thanks go to the staff who organised and joined the visit for their enthusiasm and support in making this happen.