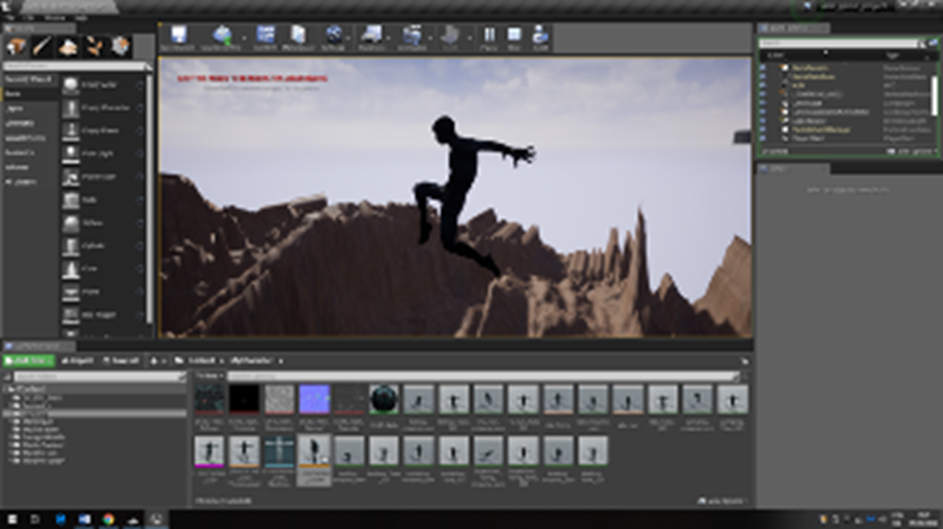 This week I continued to work on my make a game project. I am extremely proud of the progress I’ve made this week, especially today. Today I managed to get past multiple problems that were blocking me previously, these were how to give an imported character animation in unreal and also how to make a character have specific animations for flying. I got past these issues by looking at multiple tutorials and implementing things I thought might be relevant to solving my problems. In the end, the animations for my character turned out better than I had hoped. Images of the animations can be seen below.

What is great about this is that I was able to get a wide variety of animations (thanks to mixamo) for very specific tasks. Such as flying and walking. In addition, I also used some of the animations provided in unconventional ways, e.g. I took what originally was a falling animation from mixamo, modified it appropriately, as used it as a sort of floating forward animation (fly run).

Because I got through these problems quite quickly, today I was also able to get a start on creating the lightning effect for the in-game superpowers. To begin with a started experimenting with some of the values in the beam particle and ended up making blue spaghetti, as seen below.

But after some investigating, and the help of a tutorial, I was able t create an effect much close to lightning, which was what I was aiming for. Although I still plan on tweaking this more to make the core of the beam a white colour, like an actual lightning strike or a lightsaber. 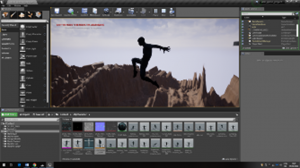 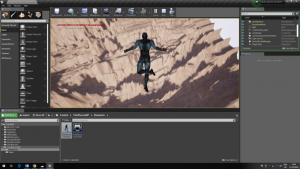 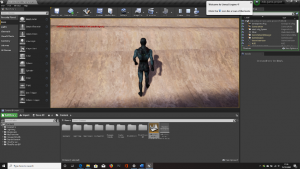 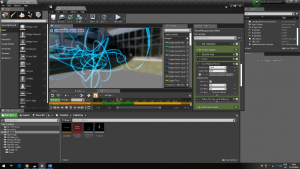 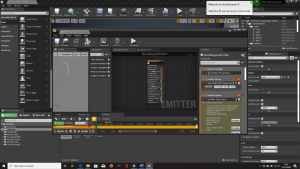