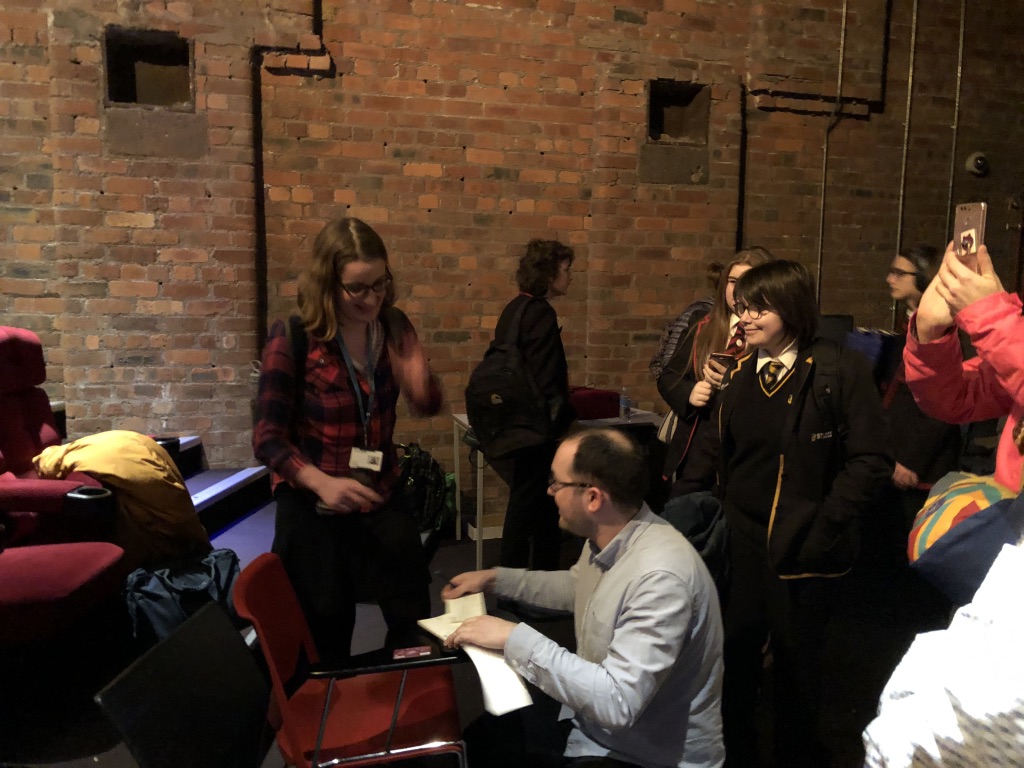 On Monday 11 February, the Studio played host to a special under 19’s gift night for the Awesome Foundation, where seven ideas were pitched for the chance to win two £500 prizes to help get them off the ground.

“We’re really delighted to be associated with the Awesome Foundation as it really ties into the work we do here at the Studio building future entrepreneurs, technologists, creatives and socially-aware global citizens. We hope many more of our students get to present their amazing ideas receive funding allowing them to realise these ideas,” said the Studio’s Enda Carey.

The evening saw a range of different types of projects pitched – from community clean ups, science projects and a mental health campaign – to an audience of Awesome Foundation trustees, parents and students.

Studio student Annabelle Robinson won a £500 award for her Liverpool Litter Picking Crew idea. Emma Byrne and Pause and Finding the energy in different plastics by Kim-Hendrik Merk, both UTC students, won the two other awards.

Andrew Beattie, Awesome trustee, said ‘I was completely blown away by the quality of the applications for this gift night and it was a much harder than normal to pick only three winners from those that pitched. On any other night, any of the pitches could easily have won – I honestly think it’s been my favourite gift night in five years. The professionalism and variety of the applications was also extremely impressive.’

After hearing the pitches, Awesome Trustees decided to award an extra prize on the evening, meaning three prizes of £500 were awarded – the largest amount of prizes ever given by the organisation in a single evening.

Awesome Liverpool is part of a global network of micro-granters. Trustees contribute £50 each per month, and then vote on submissions to give monthly £500 prizes to support ideas that bring joy to the city. To find out more about Awesome Foundation and to submit a project for consideration in a future award, head to http://awesomeliverpool.co.uk/.