The Studio in Liverpool has recorded a fantastic first set of GCSE results since opening in September 2013.

The GCSE pass rate was above national average with a 71% pass rate across all courses. Many students achieved fantastic results across the board, with consistently high results across creative subjects linked to The Studio’s specialism, including Film Studies and Creative Media.

Amongst those celebrating at The Studio was Dan Parker, who achieved 3 A*s, 3 As and 2 Bs, Adam Galloway who received 3 A*s, 4 As and 2 Bs and Redd who collected 3 As, 5 Bs and a Distinction*! All three students are returning to The Studio in September to begin A Level studies at the Sixth Form. 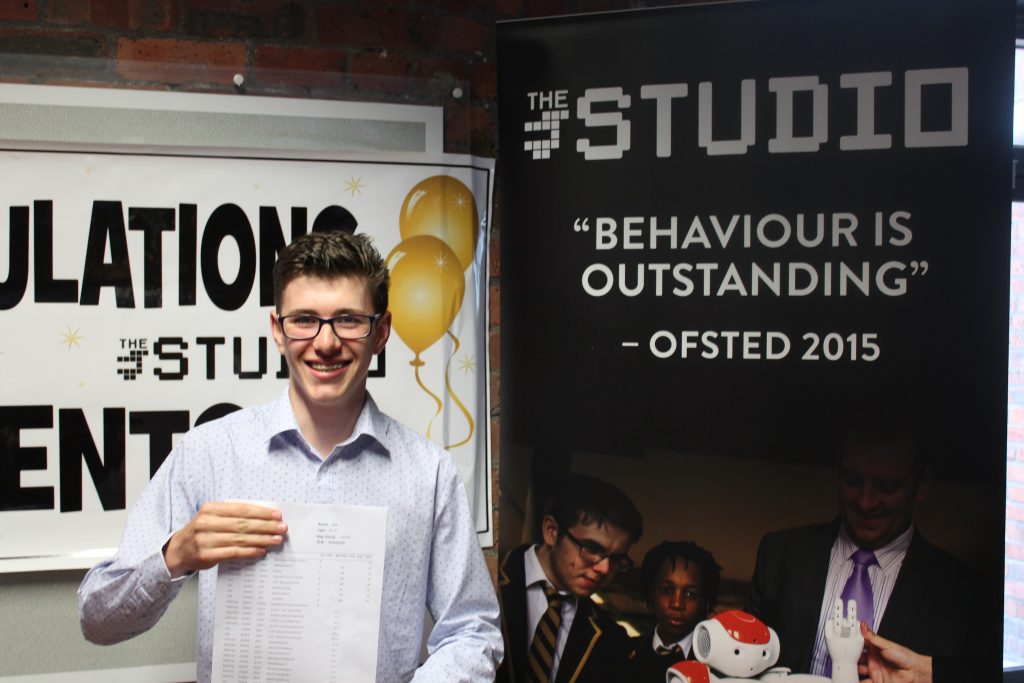 “When I first arrived in Year Ten at The Studio the thing that really struck me was the maturity of the school. We have all been given a lot of independence and it feels more like a workplace than a secondary school. The staff feel more like senior colleagues than teachers.

“The Studio has encouraged me to do all sorts of independent projects and the staff have given up their free time to help me out. I’ll be returning to The Studio for Sixth Form this September and I’m looking forward to honing my digital skills even more!” 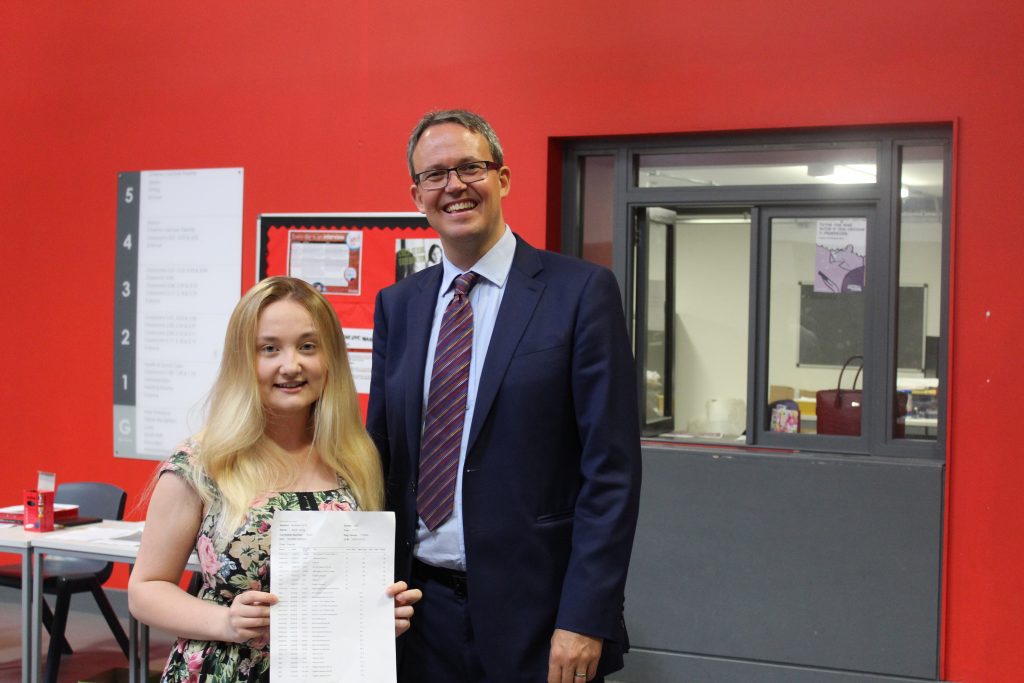 “I would like to congratulate our students on their terrific achievements at GCSE level, as we are extremely proud of what they have achieved. Particular strengths have shown in the technical and creative subjects that fall into our areas of specialism.

“I am thrilled to see so many of our high performing students returning to join us in The Studio Sixth Form, and look forward to welcoming all students back in September to develop their skills with us further.”