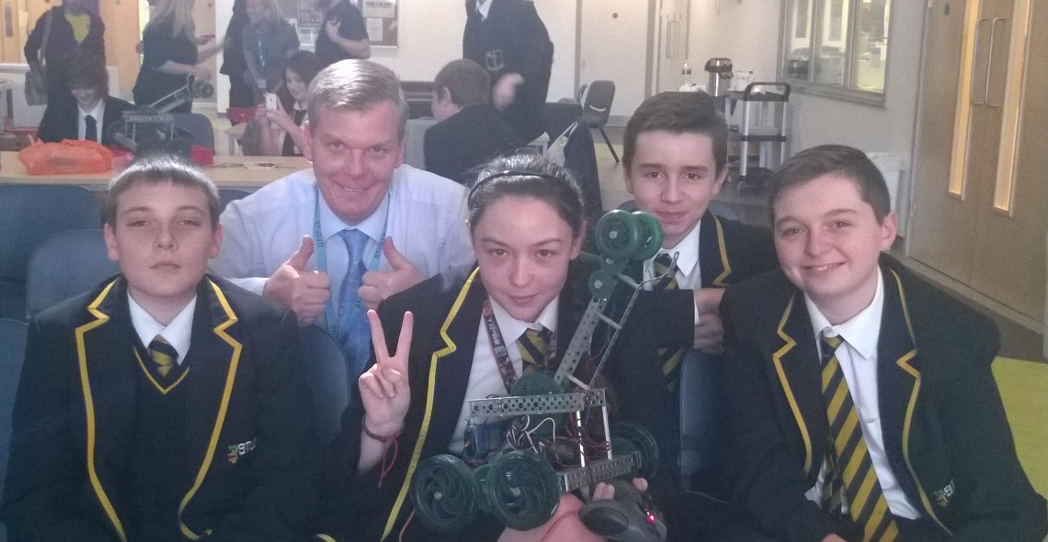 Held at The City of Liverpool College, teams were given a Vex Protobot kit and asked to build a robot capable of competing in a selection of battles against the opposing school teams.

Throughout the competition the team demonstrated excellent technical skills and created The Studio robot! Despite a few technical glitches, the team were able to resolve a minor programming problems and sent their robot into battle.

“I would love for us to go and do something again with STEM as I enjoyed it a lot. It was such a good opportunity and making robots was one of the best days ever!”

Congratulations to Rachel, Connor, Jack and Samuel who competed in the challenge and placed third in the overall competition rankings!