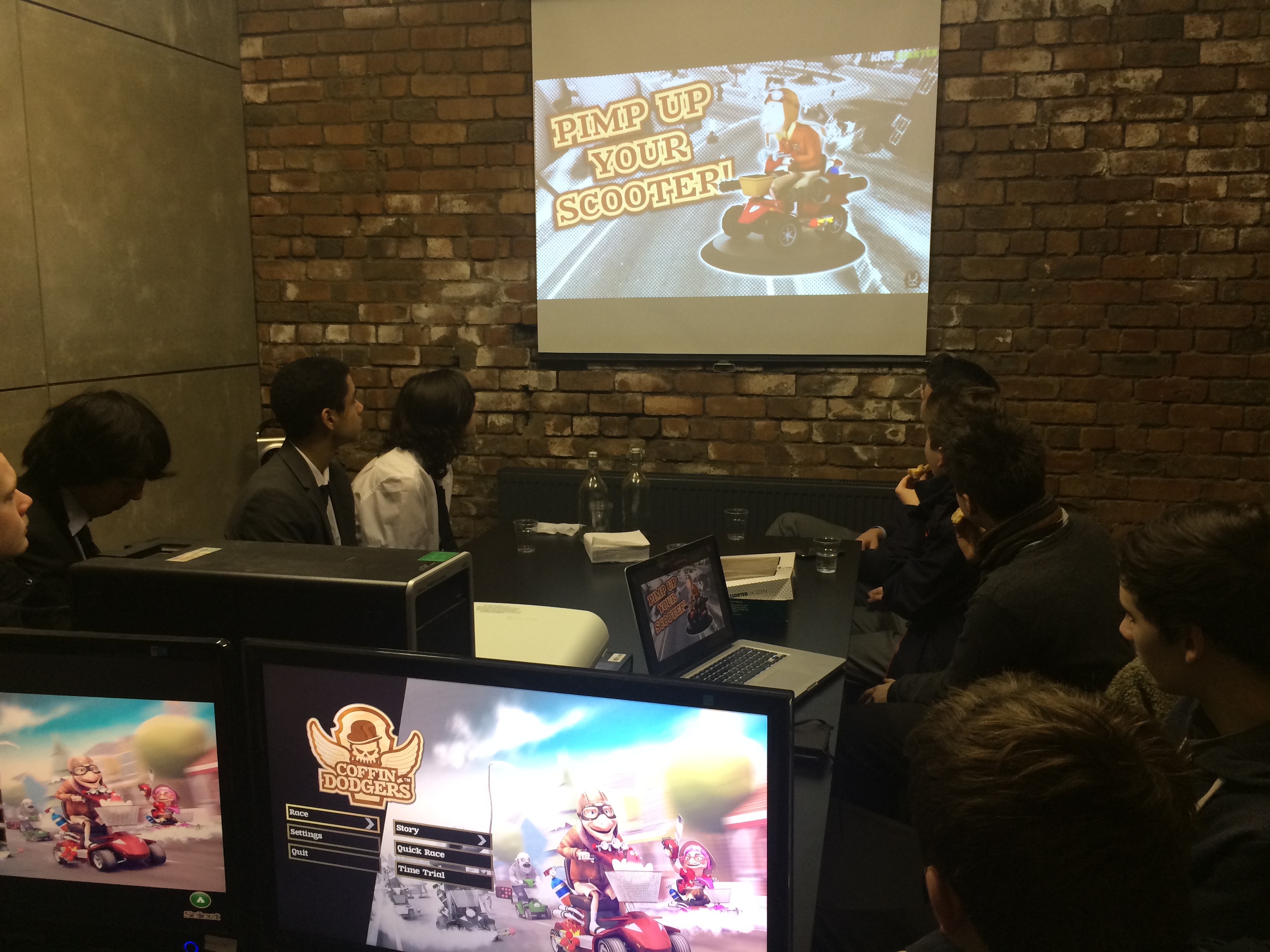 Sixth Form students at The Studio have been listed in the credits of an independent racing game developed in Liverpool and released on Steam this month.

‘Coffin Dodgers‘ is a comedic kart-racing game set on the streets of a 3D retirement village, Developed by Liverpool studio Milky Tea. The game is their second major direct to consumer product and features an open 3D world, player-to-player combat and rag dog physics. Players can actively battle and knock opponents from their scooters and get tangled up in crashes and mayhem.

It was one of the fastest games to succeed on Steam’s Greenlight, a community approval system inviting users to vote for the games they want to play before they can be released. Coffin Dodgers was approved in just 9 days with 5,000 yes votes and ended up as a top 100 Greenlight Game of 2014. During the development of Coffin Dodgers, students at The Studio were invited to take part in a series of QA workshops and market research meetings to offer feedback and ideas for the Milky Tea team to take into account.

Jonathan Holmes, Founder and Managing Director at Milky Tea has been working closely with students at The Studio to involve them in the development and QA process. He said:

“Over the past 12 months we’ve run a series of game development workshops with the students at the Studios School. Here we showed them our prototype ideas for Coffin Dodgers and asked them play through various demos. The students and staff at the school have been absolutely amazing! Giving us instant feedback, design suggestions and even telling us what price point we should be aiming for when we release the game on Steam. 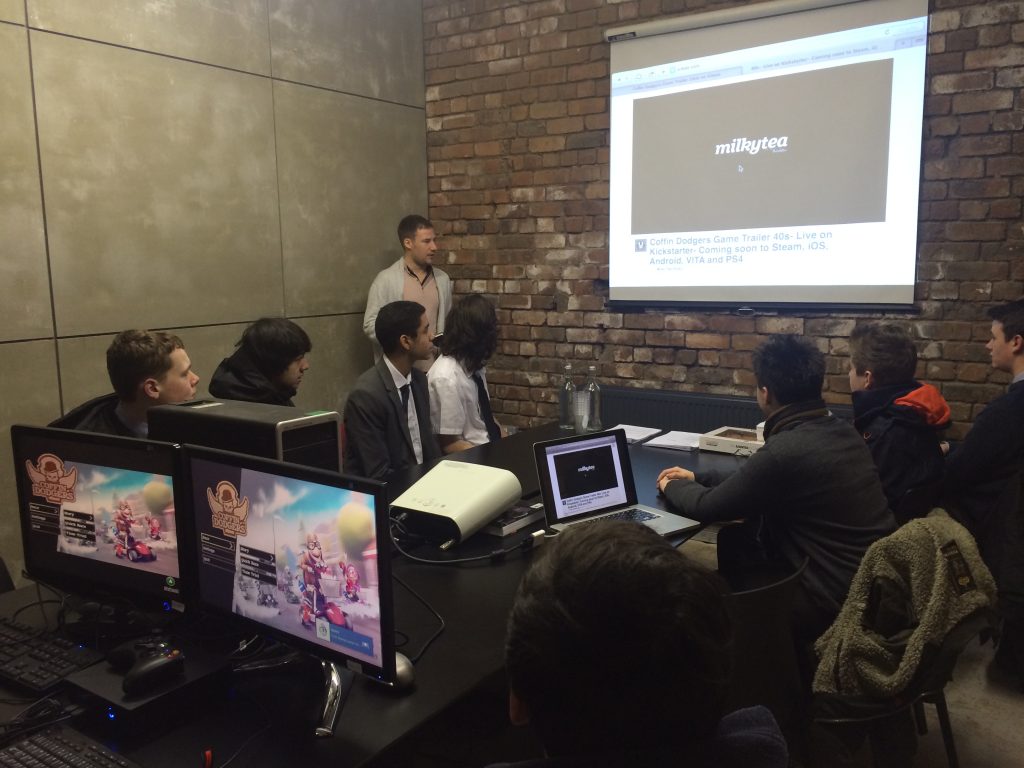 “We can’t thank them enough; hence we have included the school in the credits to the game. It’s something we hope to continue doing in the near future and hope the students gained some insight into how we make games at Milky Tea and our processes.”

The game launched on Steam in full on 8th July 2015 and through a partnership with Miami based Alienware, the game will be featured at Comic Con in San Diego between 9-12th July.

You can purchase Coffin Dodgers now on the Steam Store.